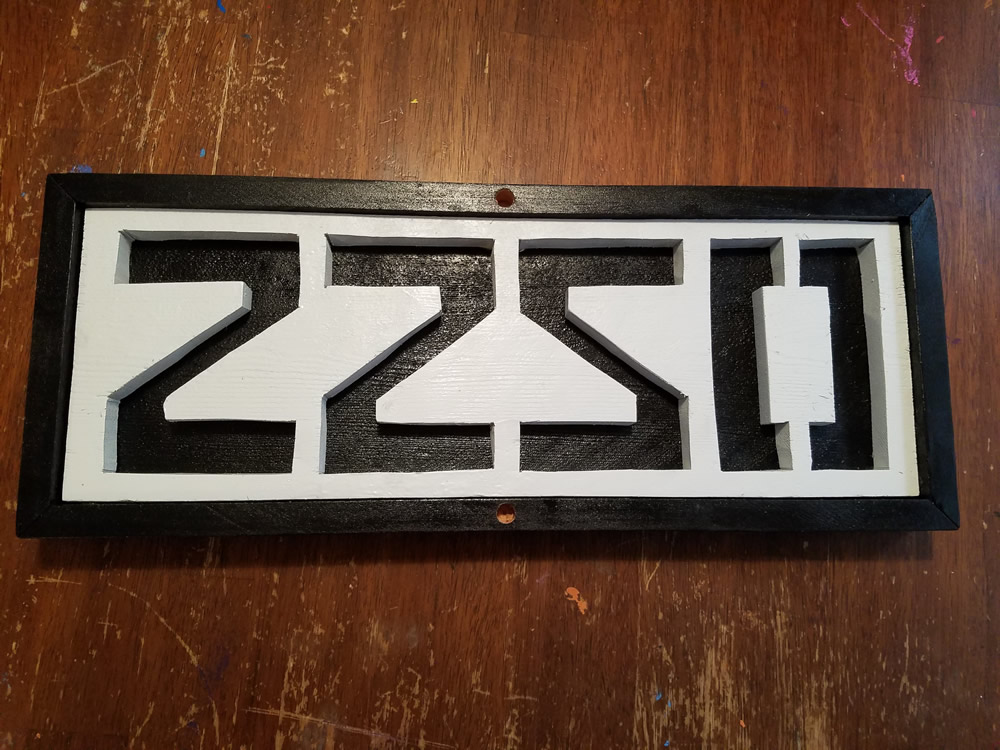 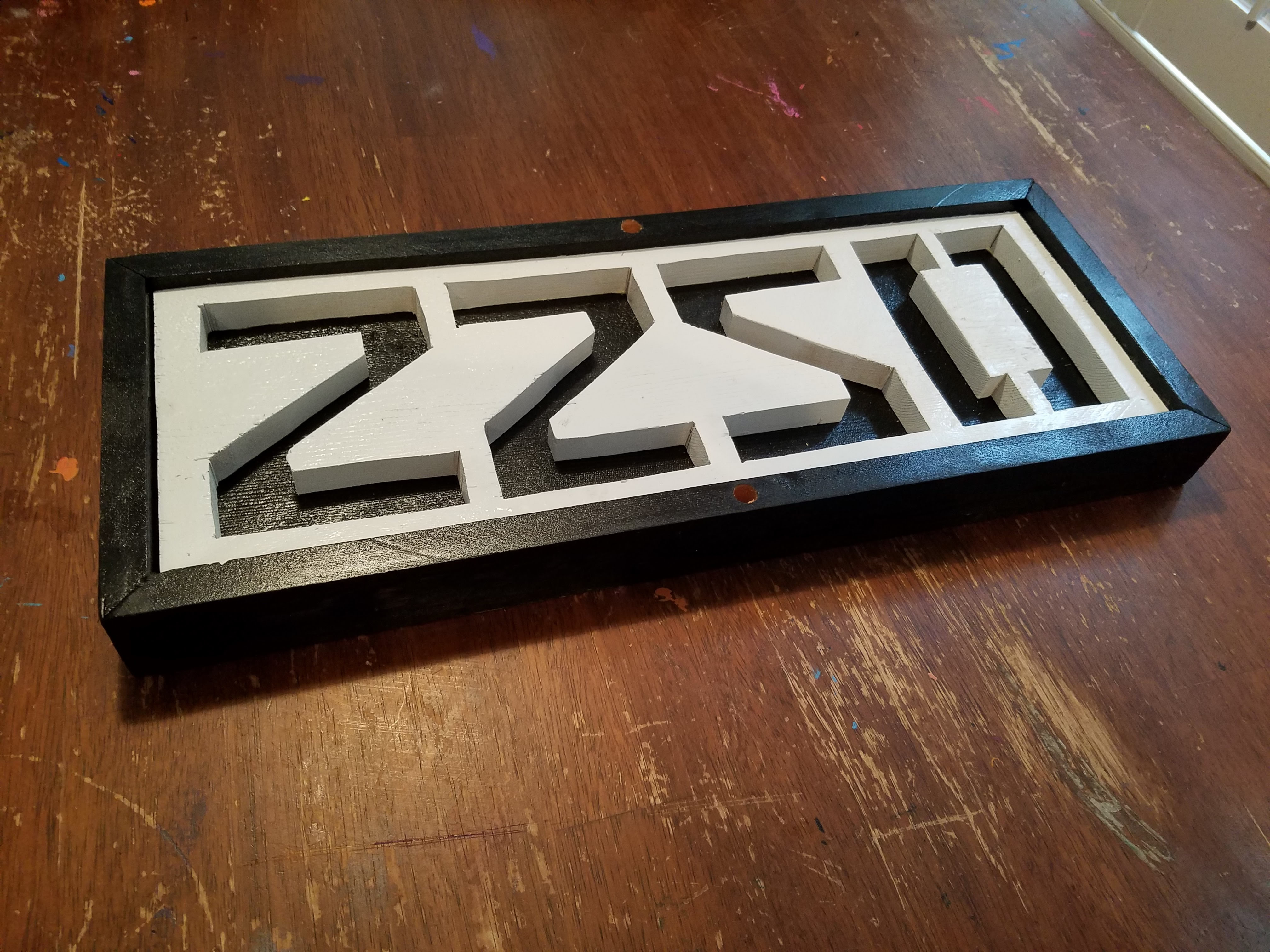 My stepdad, Greg, told me what he wanted for his birthday this year. He wanted a sign that he could hang next to his driveway with his house’s street number on it. They have a long driveway in a somewhat rural area that they share with a neighbor so they have the sign to help people know which driveway they are on. I was excited that I could make him something that he could actually use.

This past Saturday (on the day we celebrated his birthday), I got started. Better late than never, right?

First, I had to figure out what materials I wanted to use. My idea was to stack two pieces of wood on top of each other and cut out the numbers. I decided to use a couple cedar planks that I had lying around. I decided on my width (17 inches) and proceeded to draw the numbers on it. I used my jigsaw to cut out the numbers and then sanded the edges as best as I could. I used black and white spray paint because I knew it would dry quickly. I’m not the best sprayer in the world but the paint went on pretty smoothly. Fortunately, people will be looking at it from a distance.

At the last second, I decided to add a frame around the sign for a little extra dimension. Don’t tell my wife that I had to take a piece of cedar off our kids’ playset for my last-second addition. The final step was to pre-drill a couple of holes for the screws to go through.

Thankfully, Greg was thrilled with the sign. I was too. It was a fun project.